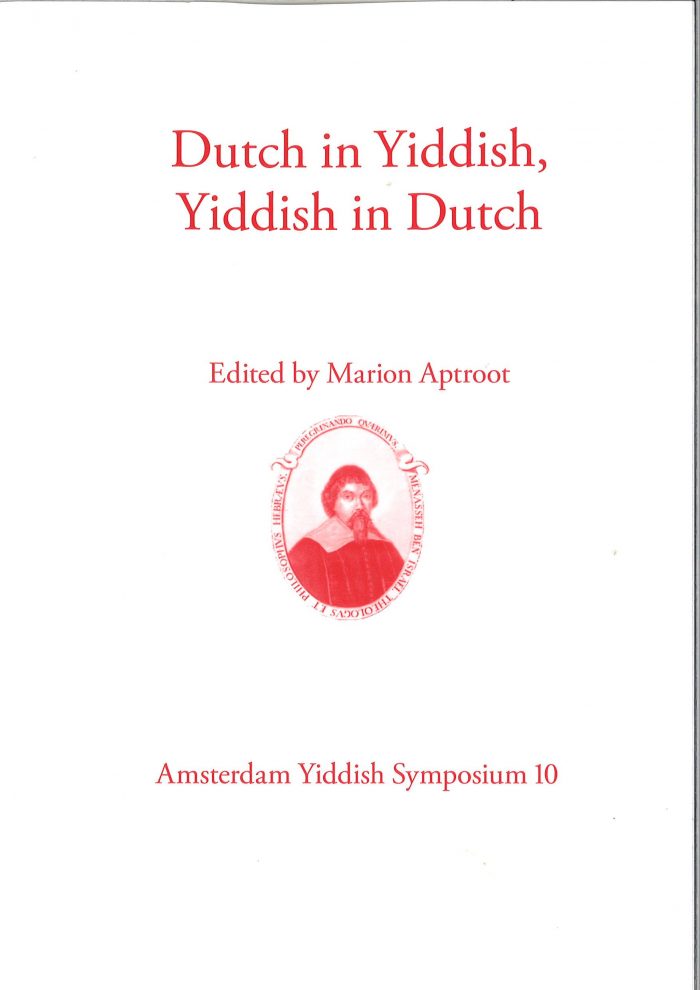 It is a well-known fact that Yiddish was the lingua franca of the Ashkenazi diaspora until the middle of the nineteenth century. Nevertheless, Yiddish was also influenced by languages in the locations where a Jewish community settled. The universal and particular characteristics of Yiddish are clearly apparent in the Amsterdam case as well. Local usage began to penetrate Yiddish in the second half of the seventeenth century, and the process intensified throughout the eighteenth century. Moreover, during the next century Yiddish began to play a role in the local Amsterdam dialect of the Dutch, and similar developments can be identified in the eastern provinces of the Netherlands as well. The proceedings of the 2014 Amsterdam Yiddish Symposium contain an attempt to map both trajectories of influences: Dutch on Yiddish, and Yiddish on Dutch, with contributions by Marion Aptroot, Shlomo Berger z”l and Marc van Oostendorp.

Shlomo Berger: Traditional and Modern Bilingualism: The Languages of the Amsterdam Ashkenazim;

Marion Aptroot: Dutch and Dutch Influences in the Yiddish of Amsterdam Jewry;

Marc van Oostendorp: How Yiddish Dissolved into the Dutch Dialects.