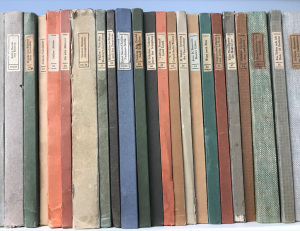 Jewish literature — by which we understand literature by Jewish authors on Jewish topics— has struck a powerful chord in post WWII global culture. At a time when European Jewish culture had been all but destructed, it paradoxically obtained an unprecedented urgency among mostly non-Jewish audiences. At the same time, the history of the holocaust gained a central place in the intellectual and moral restoration of the Western world.

This volume aims to investigate this postwar fascination for Jewish literature and look for its explanation by researching the role it played in articulations of, and promoting various political and cultural agendas, such as the cultural regeneration of Europe, the alignment of Europe and the Americas, the emergence of an Anglophone transnational literary culture, the cultural battles of the Cold War, the rise of nationalism after the end of communism, and the polemics on multiculturalism and post colonialism. It will investigate to what extent Jewish literature thus served as a moral compass, directing debates on political and ideological connections divisions.

We are especially interested in how expressions of Jewishness – testimonial literature, novels, poems, cinematic adaptations – have facilitated or embodied cross-border connections, and so established transnational webs of shared themes and renewed senses of tradition. By cross-border we mean both intra-continental (as in the East-West border in Europe) or transcontinental (Europe and the Americas, also including ‘stops’ on the way, such as Istanbul in the case of German-Jewish intelligentsia, or Rome in the case of Soviet-Jewish emigres). These cross-border movements can point in multiple directions over time (involving various senses of ‘return’, sometimes across generations).

We wish to address the following questions: