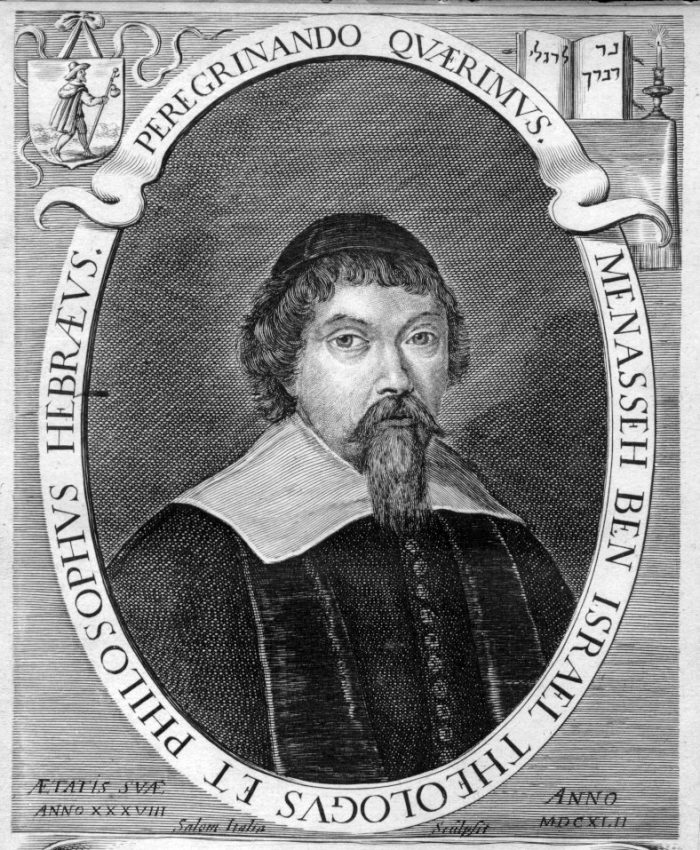 Born in Lisbon to a Marrano family Menasseh ben Israel fled to Amsterdam via France to escape the Inquisition. In Amsterdam he became a teacher at the Talmud Torah school of the Portuguese Jews in Amsterdam, wrote several treatises and started a printing press for Hebrew texts.  He made his mark, among other things, by his successful petition to Oliver Cromwell to lift the banishment of Jews from England. In 1657 he died in Middelburg. Menasseh was on good terms with the cultural elite of Amsterdam. Rembrandt van Rijn, no less, illustrated one of his works and the renowned clergyman and Latinist Casparus Barlaeus promoted tolerance in an ode to this Jewish scholar.

Menasseh’s international orientation, his love of Jewish books and knowledge, his Amsterdam background and the association of his name with tolerance and intellectual freedom make him the ideal name giver for the Institute.