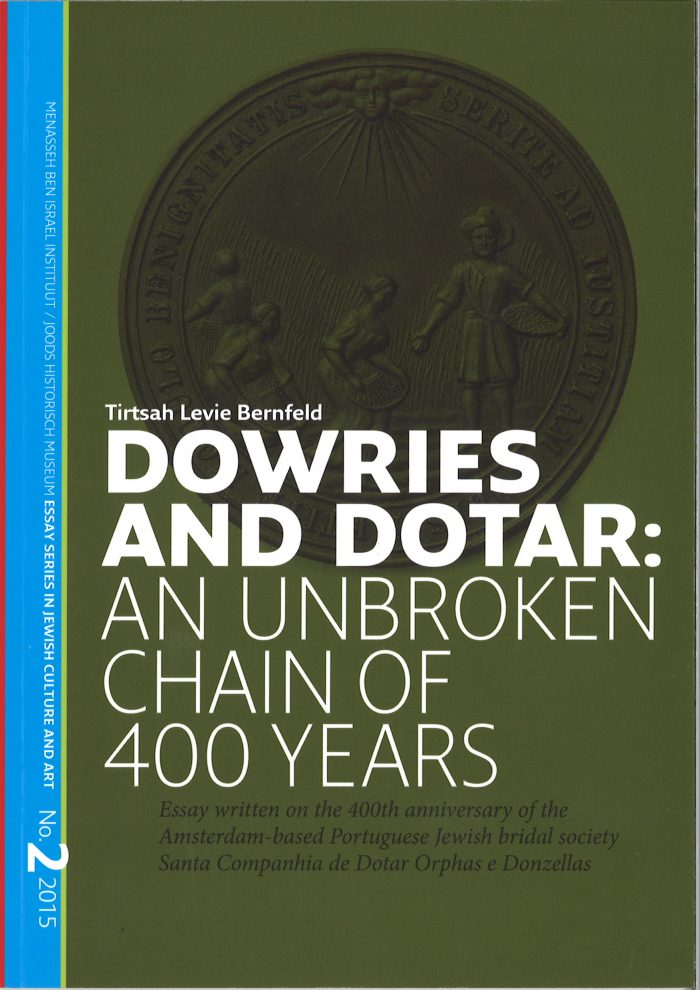 The Portuguese Jewish community in Amsterdam is the guardian of a long and rich history. Besides its eye-catching material heritage such as the beautiful Portuguese  synagogue or Esnoga and the Ets Haim library, it also harbors many old traditions. One of them is the charity organization Dotar, founded precisely 400 years ago to help poor girls acquiring a dowry. Dotar still exists and is still active today. On the occasion of this anniversary, award winning historian Tirtsah Levie Bernfeld has described the organization and the important developments in its history. She writes about the rules and the procedures such as the ceremonial lottery for  single girls held every first Sunday after Purim Shushan, how these changed over time, how the organization had branches throughout the Sephardi Diaspora, but soon obtained a more local (Dutch) character, how Dotar’s leaders dealt with the pressure large numbers of poor exerted on a small community. Particularly fascinating are the petites histoires, left through Dotar’s archives, of candidates from faraway countries, who had lost their closest family and often also their property to the Inquisition, and who were now refugees without money petitioning for admission to the lottery for a dowry. Finally we see that the charity Dotar distributed was also used as a means to help the so called Conversos – converted Jews, by force or voluntary, from the Iberian Peninsula, to return to open profession of Judaism.